In the years following WWII, towards the end of the 1950s, the German population slowly began to buy cars again. Among the various vehicles, which included the VW Beetle, the BMW Isetta was quite popular.

The BMW Isetta was known as the poor-person’s automobile, and was then-18-year-old TravelScoot-Inventor Hardy Huber’s first (very used and only affordable) car.
What an evolution: from bicycle to moped and now this in 12 years. As Hardy got older the cars got bigger, but he still fondly remembers his first real set of wheels, affectionately dubbed Knutschkugel, which translates roughly to smoochbubble (which in Hardy’s case was quite appropriate). 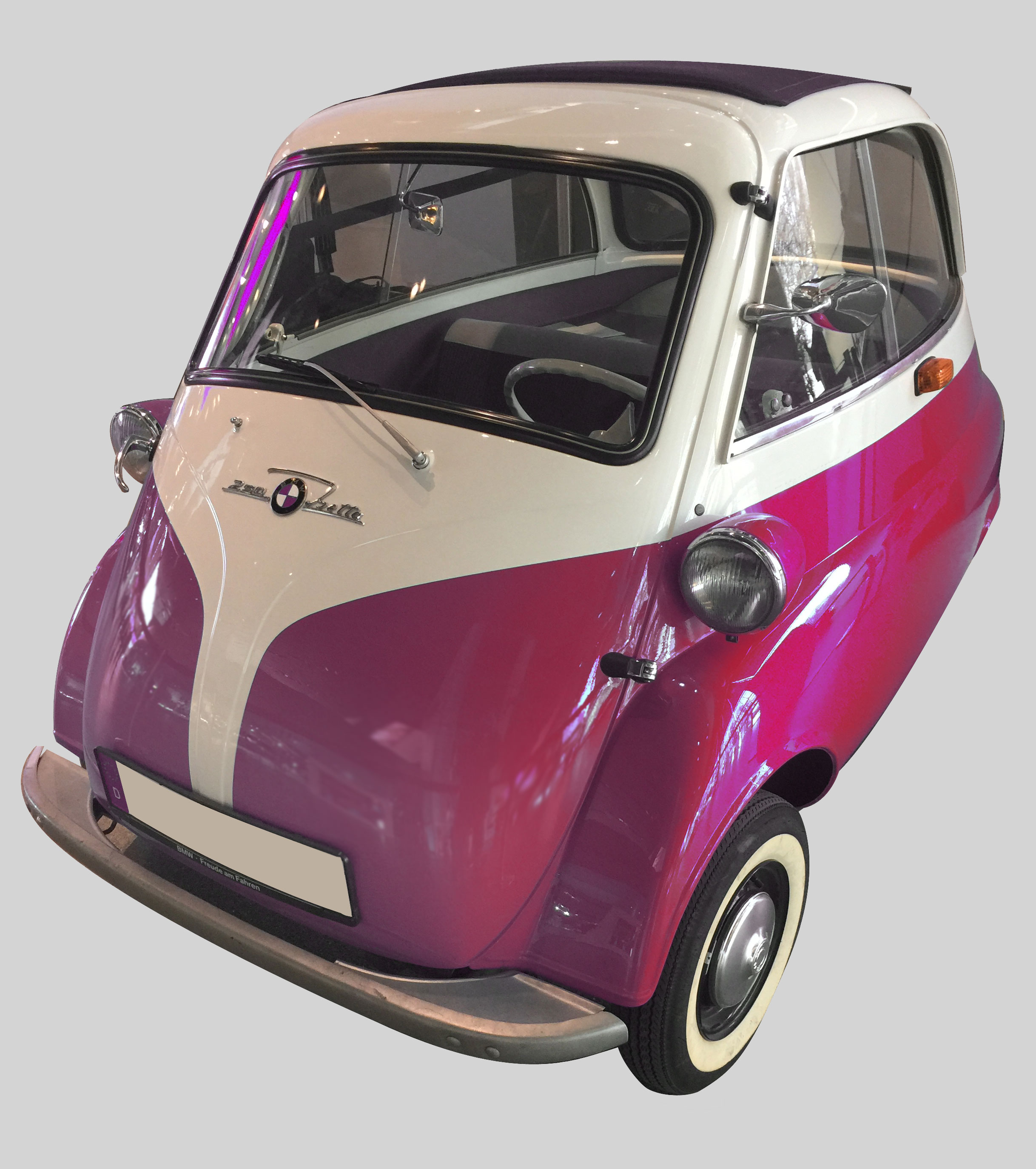 The Isetta was produced by BMW from 1955 to 1962. The affordable microcar fits somewhere between motorcycle and automobile, and is also referred to as a scootermobile or cabin scooter. BMW referred used the term “motocoupe”. 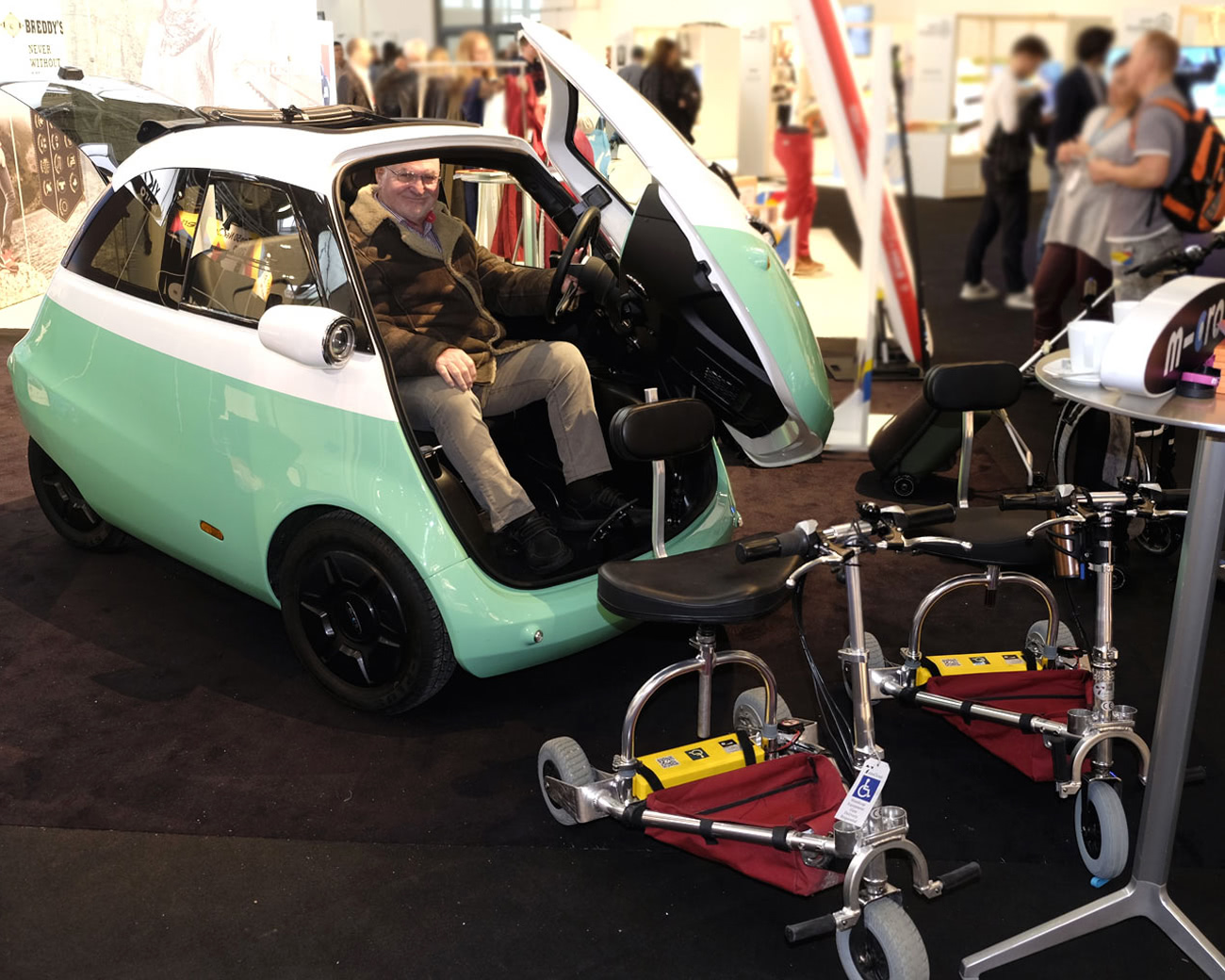 Microlino: a worthy (unofficial) successor to the BMW Isetta

When Swiss designer and inventor Wim Ouboter decided to resurrect the Isetta as an electric car with the name Microlino, Hardy suffered an attack of nostalgia and immediately reserved his purchase slot. He has been patiently awaiting the start of production (January 2019).

On February 5th,2019 things were ready. Wim introduced the first production-ready Microlino at the Munich ISPO, the world’s largest sporting goods trade fair.
Hardy used the opportunity to see if and how the folded TravelScoot ™ would fit in the Microlino’s small 300-litre / 10.6 cubic ft trunk. As you can see, the TravelScoot ™ folding mobility scooter fits perfectly!

Since there was still plenty of space Hardy took a second folded TravelScoot he had brought and placed it in the trunk. This still fit very nicely into the two-seater (with a little careful packing one can even has room for some additional baggage).