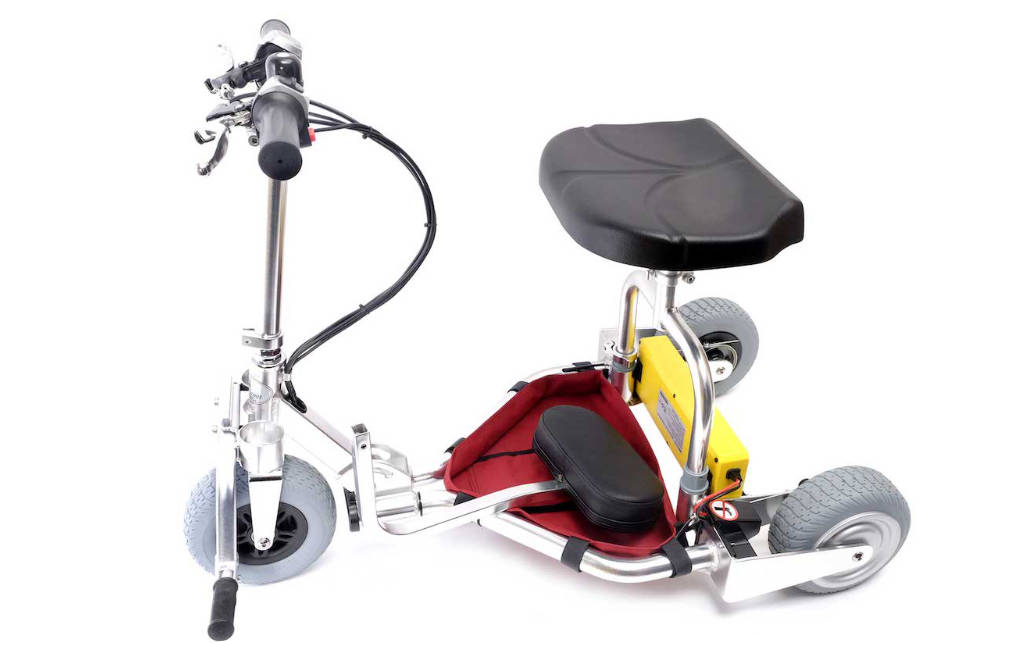 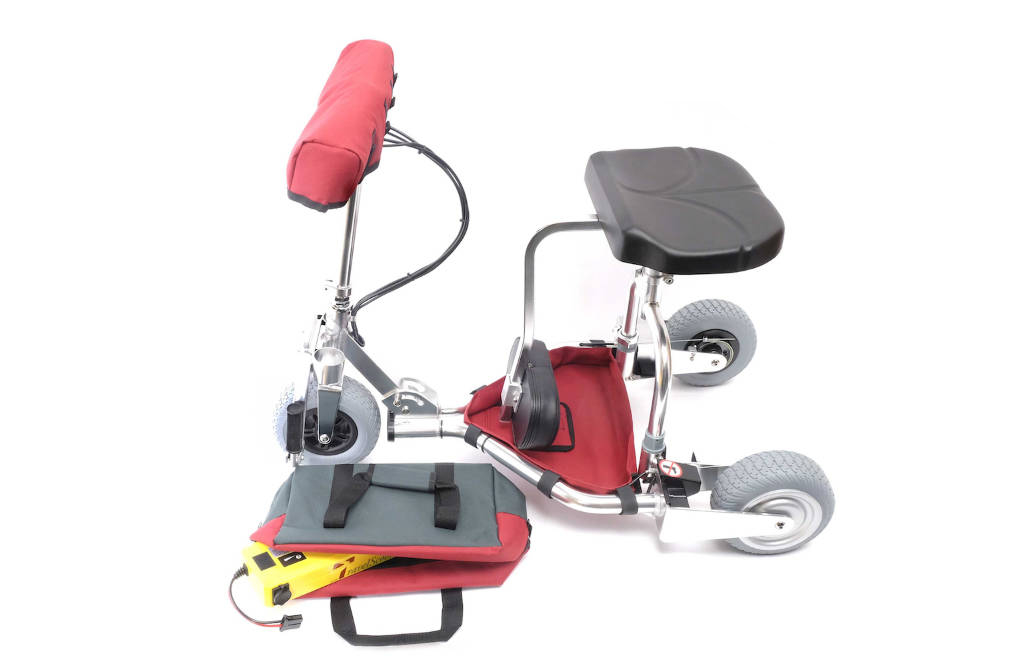 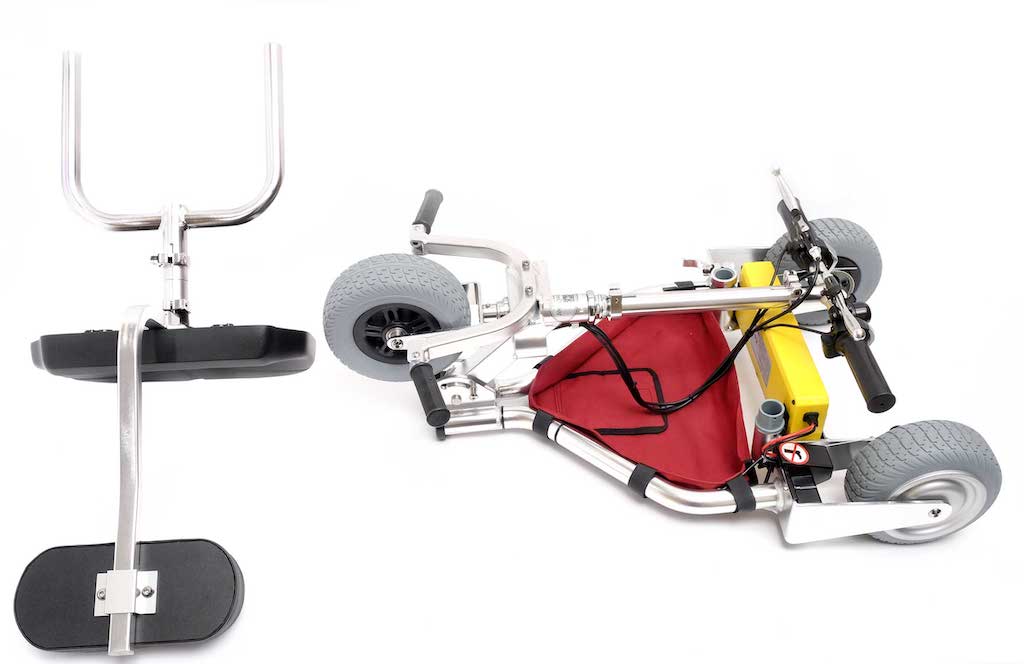 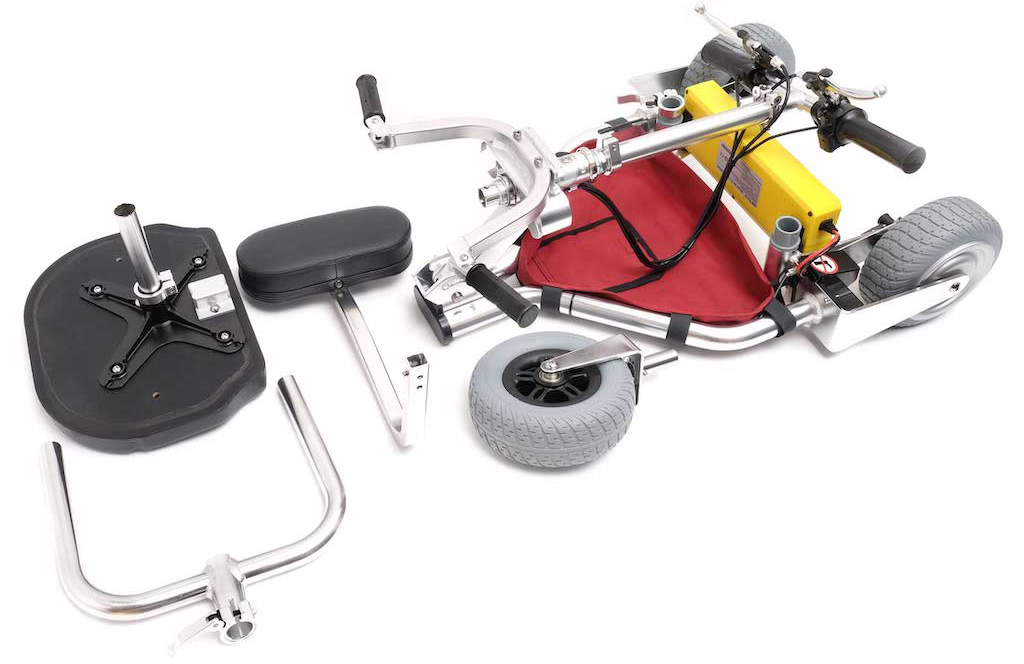 For car trunks (boots) of various sizes; less than one minute. The seat assembly can be broken down further into 3 components in seconds. 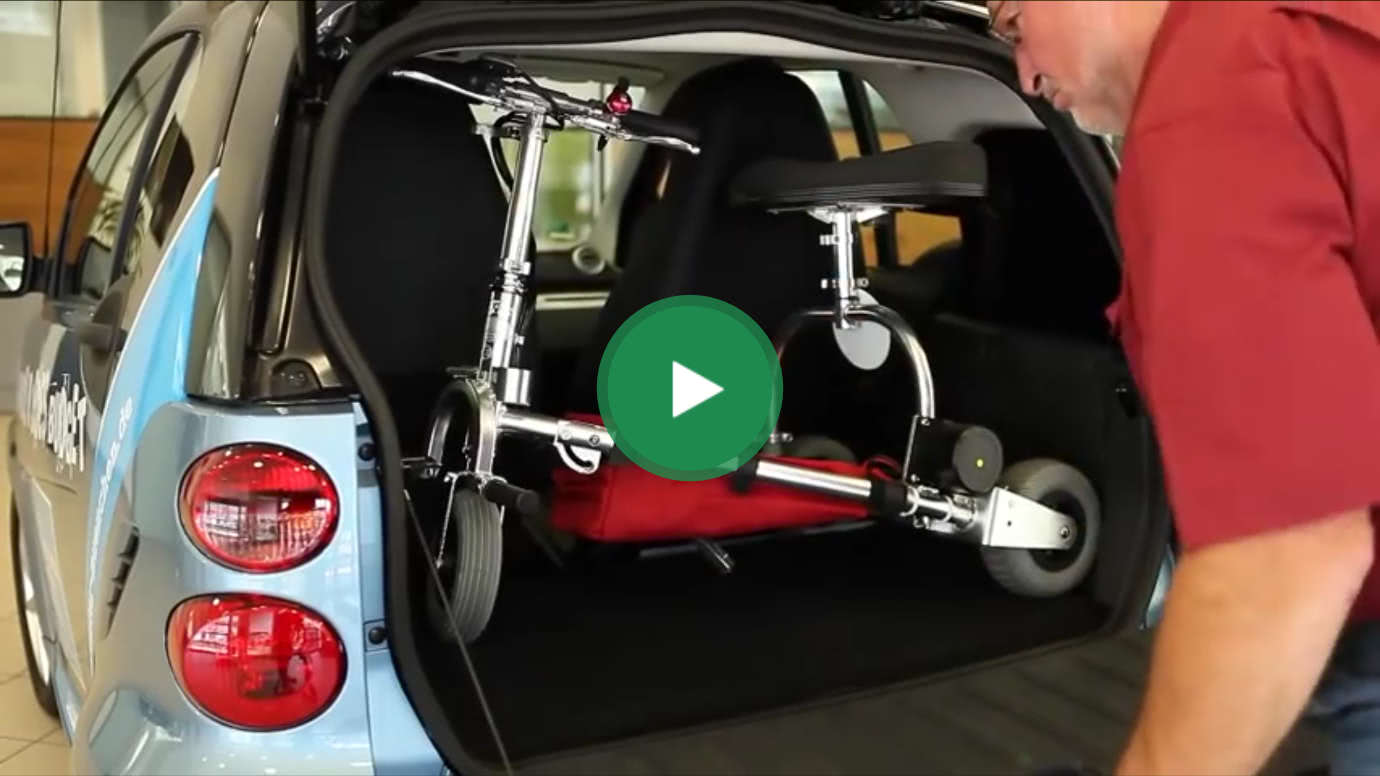 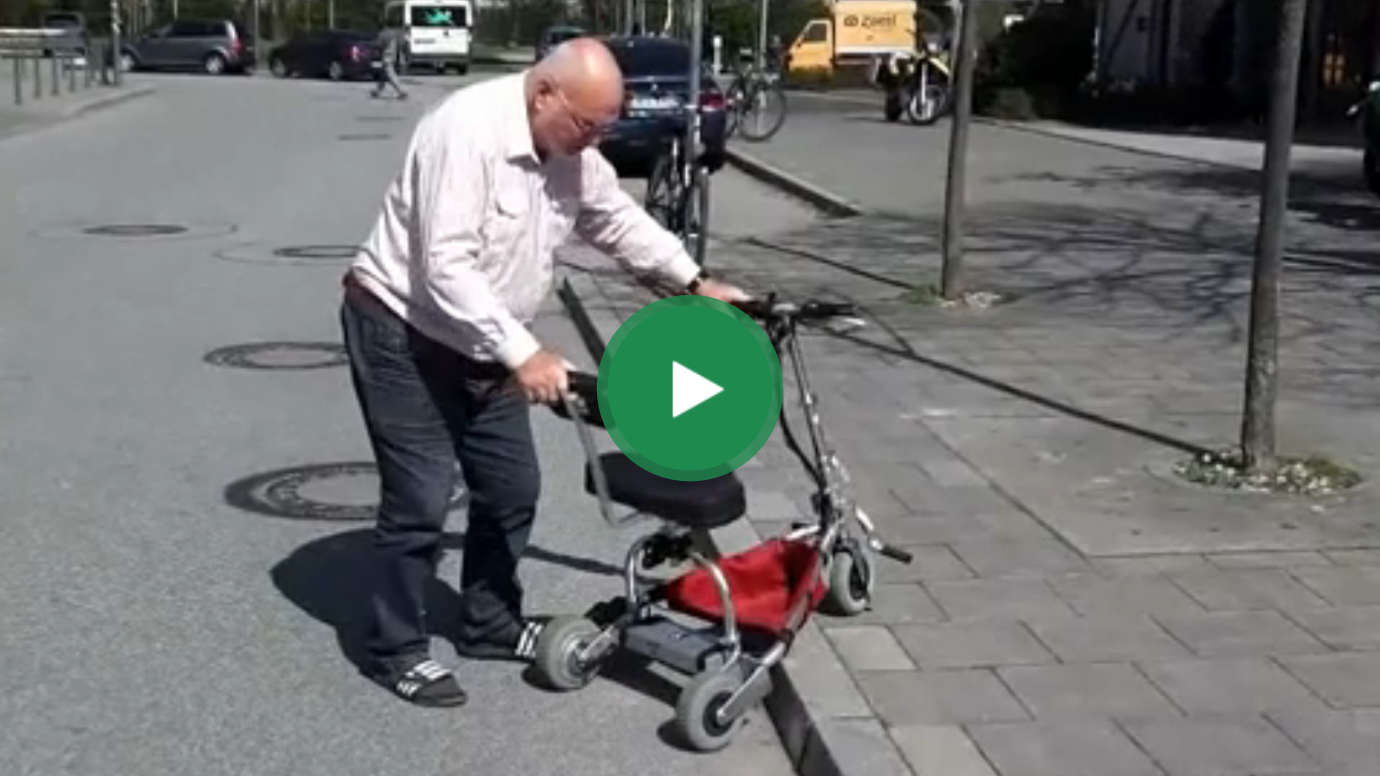 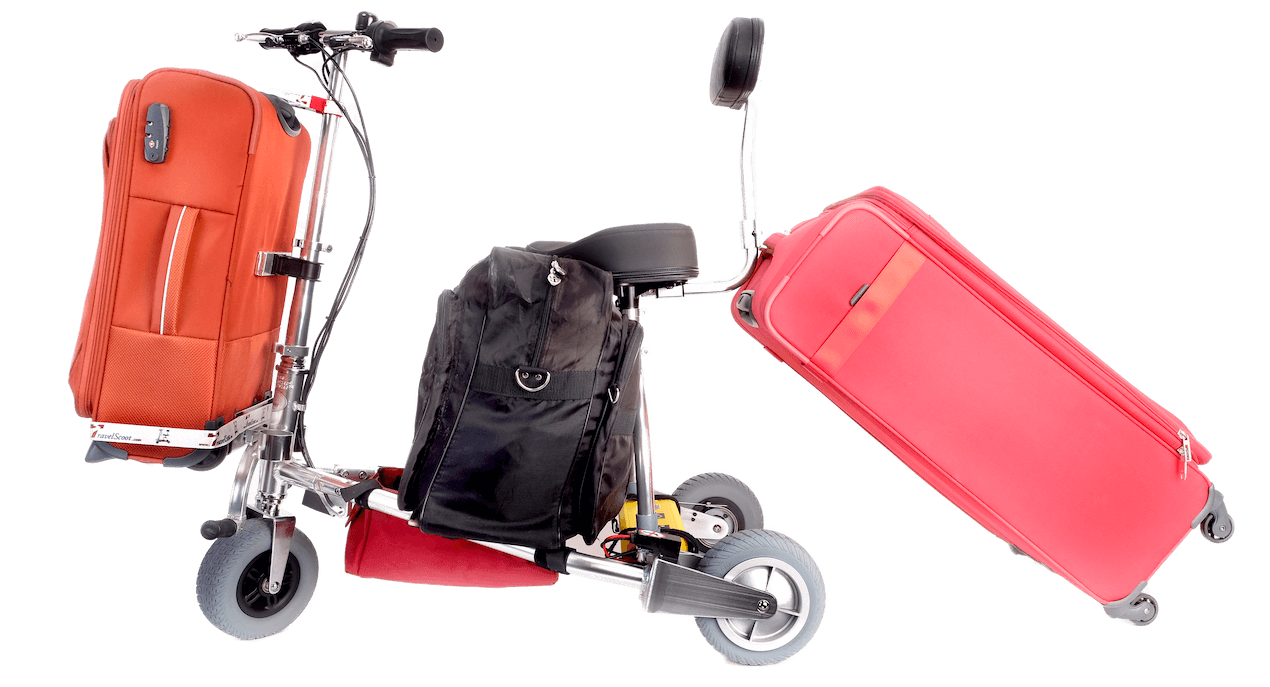 It’s all in the name!

A carry-on size (22 inches max. height) suitcase can be strapped easily and securely on the small platform in front of the steering column. Another, medium-size, luggage item can be placed loose on the frame in front of the seat. We suggest you do this after you are seated on the scooter. Our rear-mounted luggage hitch allows a wheeled suitcase of any size to be attached in seconds, leaving both hands free to steer (see video). 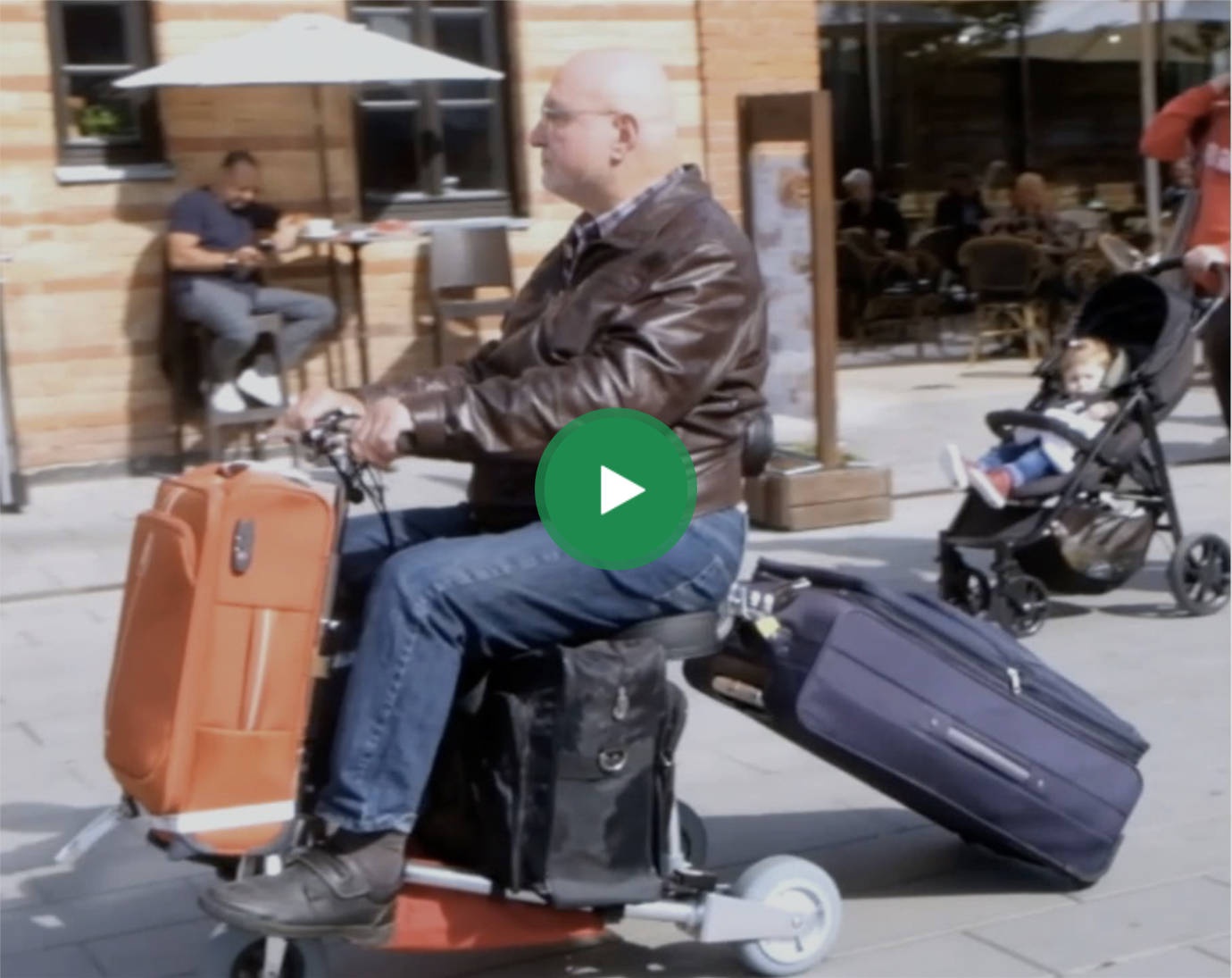 Please note that, ideally, you use two-wheel suitcases on your TravelScoot, since the wheels are recessed to save space. Four-spinner cases have exposed wheels which can interfere with, or even obstruct, your feet. Also, IATA air-travel regulations on luggage size are based total suitcase dimensions, which include the wheels. As a result, two-wheel cases provide more internal volume.

Basket and/or boxes are the shopping containers of choice. Up to two baskets can installed on the TravelScoot without interfering with the rider. It’s possible to place, without attaching, a third basket or box on the frame in front of the seat. When it’s time to get on or off the TravelScoot, just set the basket or box aside; just slide it under your feet when seated. The rear-mounted luggage hitch can be installed in place of the rear basket. 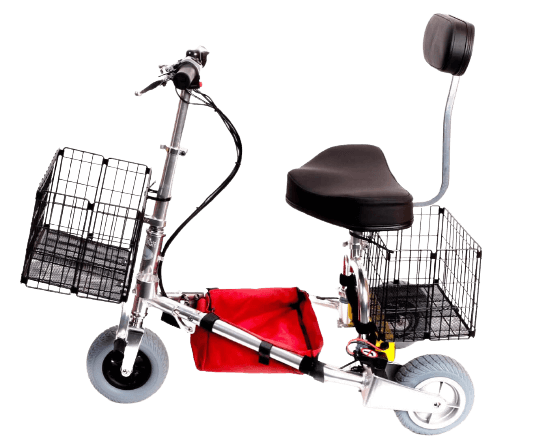 Our innovative, Smart Luggage Kit universal carrier system allows you to attach a large crate or cabin-sized suitcase to the steering column as well as wheeled suitcase to the rear. All components are extremely lightweight and don’t protrude beyond the TravelScoot’s footprint. This allows the kit to be permanently installed. Even so, installation and removal takes less than a minute. 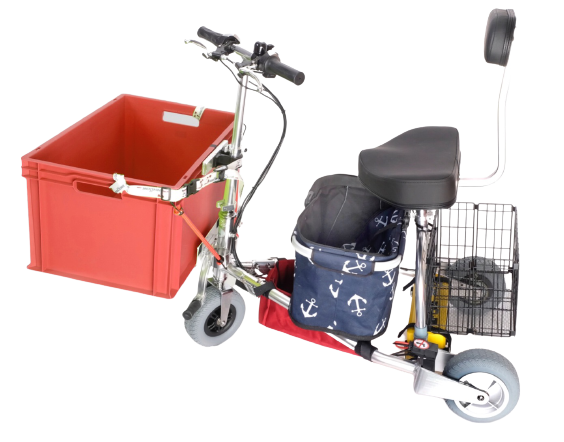